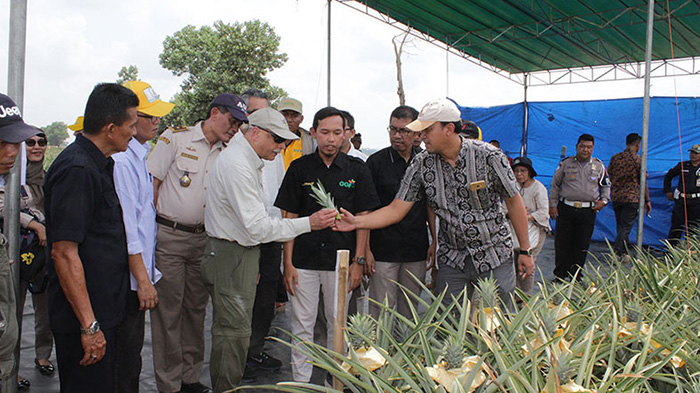 As part of the tour, the Ambassadors were shown GGF’s integrated waste management system. From the waste produced by its cattle farm being used as fertilizer to liquid waste being used to supply the Biogas factory to produce methanol gas; the methanol gas can replace the use of coal by up to 7% for the power plant.